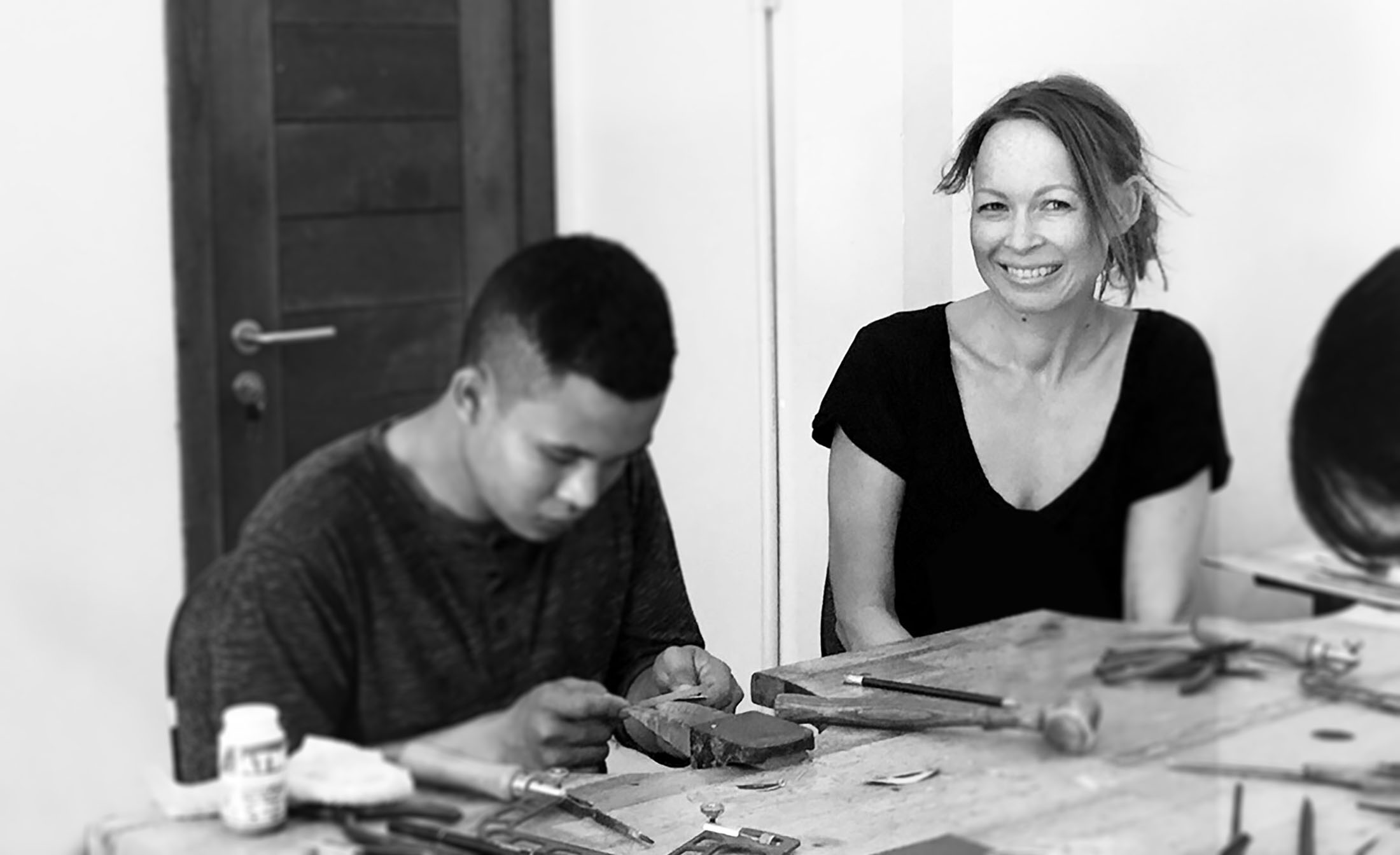 A good designer can turn any chaos into a product…

I am a fashion, textile and jewellery designer and artist. I was born in the Netherlands, and raised in Singapore, Austria and Japan via the expat international school system.

I graduated from Central St Martin’s School of Art in London and spent several years afterwards in London developing my own brand. My thing was making limited edition designs by upcycling vintage clothes using fabrics I had collected from all over the world, and sold these at the London markets. I also sold fashion fabric prints to DKNY, Isaac Mizrahi, Gap and many others. Finally I launched my own printed womenswear label: Cassandra Postema London, which was awarded New Generation sponsorship by the British Fashion Council to show at London Fashion Week.

As a seasoned London market stall holder, and then as a London Fashion Week designer, my brand got coverage in Vogue, Elle, Marie Claire, Cosmopolitan and other high profile magazines through sales in London’s hippest boutiques such as The Cross, Koh Samui and Anna, where celebrities such as Nicole Kidman, Kelly McDonald and Sophie Anderton bought my designs.

After several years I decided it was time to go back to Asia, and ended up working with garment traders in Hong Kong, getting to grips with the production side of things. I worked with high end fashion brands (Cerrutti, Dolce Gabanna, Cacharel, Evisu etc) and fast fashion brands (Lane Bryant, Warehouse, Miss Sixty, Primark etc), and everything in between, helping them develop new fashion and prints.

Still looking for my place in the world as a designer, I began to search for a way to integrate artisanship, recycling and sustainable practices with my design skills. In Thailand I volunteered with NightLight which helps red light district workers retrain as jewellery producers. Then in Cambodia I found many such charities trying to help marginalised people groups through income generating projects. Finally, armed with production, sourcing and brand concept knowledge, I launched Emi & Eve in 2013.

Emi & Eve works with jewellery artisans to make jewellery collections from war time bullets and artillery shells. This journey has spanned Cambodia, Bangkok, Singapore, Rome and Bali. It has been an epic story of hope and survival despite many obstacles. Some of which were:

And some of the milestones:

Apart from up to date fashion flair and production knowledge in different fields of fashion, it is this view of the bigger picture and perseverance in solving problems that I can bring to the table of your project.